If you are thinking about having an educational video, instructional video, documentary, film, Internet video, public service announcement, commercial, music video, or art or sport portfolio made and would like a price quote these are some questions that you need to answer in order for me to give you a realistic quote. Vision and organization are two key components of a quality video production.
Please describe what video service you are in need of? What do you want to do?
What is the budget you’re aiming for?

What format do you want to use? DV, HD, Film, Not Sure?

Can you tell me more about the event, project or story that needs to be filmed?
Where, When, type of event, When you want the finished project done, etc.

If it is an event what speakers or audio will need to be recorded?

Will anyone be interviewed? Who and about what? Who will conduct the interview?

What type of location did you have in mind? Studio or on Location. If on location where?

Will the video production be scripted or just point and shoot footage of a live event?

Do you have a list of what you want covered? Sometimes called a Shot Sheet?

Will lights be needed?

Will wireless microphones be needed?

Is there a script for narration and editing or will you need us to create one?

Do you have graphics or logos that are video ready or do you need for them to be created? Graphics include credits, info pages, lower thirds, identification of speakers or subtitles for example.

Is there any voice over needed on the final product?

Total number of locations or events that need to be videotaped?

Video Content that needs to be covered to fulfill your goal?

Will you want music added under credits, interviews or footage? Will you provide it or purchase copyrighted music from our library?

Who will provide the narration for the production? Who will write it?

Interested in special packaging for the DVD's or info about mass duplication?

Do you want to put the final product on the Internet? On You Tube for example?

When do you hope to have this project completed?

Who will create the script? Do they have experience with video scripting?

What style are you looking for? Examples: Interviews, On Camera Host, voice over, MTV style with quick editing . . .

What are some example of finished products that you would like to model your project after?


Thanks for your time! Now, email this to me and I will get back to you as soon as possible with a quote!
Posted by Petra Daher at 6:23 PM

Services
Consulting
Are you considering producing a video but are not sure where to start? Let us walk you through the process. We can help you research, organize and script your project so that you can create the product that you want within your budget.

Video Production Instruction
Interested in video? Adult and student curriculum's are available. Let a certified video production teacher guide you through the creation of a documentary, digital editing or videography. Or sign up for a class to learn how to interview or communicate with the media.

This just a quote. Rates may change according to the market and location. If your are interested in High Definition Video Production Rates e-mail me for a quote. Day Rates are available for longer projects.
Non-Profit and Artist Discounts are available for first time clients.
Posted by Petra Daher at 6:22 PM

I give Petra Daher, Petra Productions, Daher Digital Video, and their successors and assigns my unrestricted permission to use my artwork, voice, music, and or image for either still photographs, film, video or live productions.

Signature of guardian if under18:

Tree Hugger Travel is a series of travelogues I created and produced for the Internet that promotes Eco-friendly travel adventures. 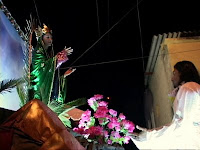 The Festival of Guadalupe 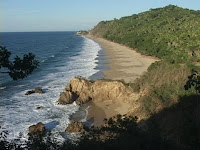 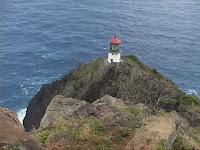 "The Odds are Good and Goods are Odd”
2006 trt: 28:00
M. Petra Daher Producer, Director, Writer, Reporter
Avid traveler, Petra Daher, hosts a trip through south central Alaska during summer solstice, when there is 18-21 hours a day of sunlight. Her video diary captures breathtaking nature, travel advice as well as testimonials from 14 Alaskan people. Highlights include Denali National Park, and the towns of Girdwood and Homer.

“Courage Under Fire Exposing the Occupation”
2004 trt: 28:46
M. Petra Daher Producer, Director, Reporter, Editor
A documentary about the International Solidarity Movement (ISM); a movement calling for international volunteers to support the Palestinian Nonviolence Movement. The documentary introduces us to the group’s Jewish co-founder and spokesperson, Adam Shapiro. Interviews with Shapiro, other ISM volunteers and Michigan Peace Team members reveal the dangerous and very important work of international peace workers. The film includes the story and a call to action for slain ISM volunteer Rachel Corrie, an American college student who trampled by an Israeli bulldozer, while trying to guard a Palestinian physician’s home from being demolished.


“Freedom of Speech: Michigan Says No to War”
2004 trt: 55:11
M. Petra Daher Producer, Director, Reporter, Editor
A visual essay of the Michigan Peace Movement responding to war, featuring anti-war protests held over the past two years. The events documented include The Mid Michigan March for Peace, held in solidarity with the National March on January 18, 2003. The statewide march, Michigan Says No to War, including a Direct Action Breakaway March on February 15, 2003. Michigan Still Says No to War held on March 15, 2003 featuring Rep. Michael Murphy. Concluding with Global Day Against War and Occupation on March 20th, 2004. 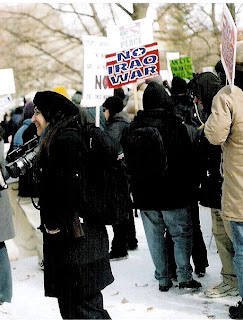 “First World Refugees”
1995 trt: 20 min
M. Petra Daher Producer/ Director/Camera/Editor
This story is a look into the unique ways of the Rainbow tribe, featuring the Oregon Regional Rainbow Gathering. Did you know that every year activists, academics, students and every day people build temporary villages on federal Forest Land in random locations throughout the U.S.A.? This free event is based on teamwork and inclusion.
Screened at the East Lansing Film Festival 1999

“Snake Rodeo”
1995 trt: 4 min
M. Petra Daher Producer / Director/ Camera /Editor
A mini documentary about a unique Art Fair previously held in Lansing’s Old Town. The video spotlights the local artists who created the event and the beginnings of a neighborhood in transition. 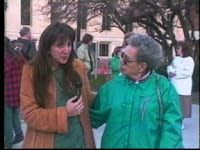 “The Unity Coalition”
1994 trt: 8 min
M. Petra Daher Producer, Director, Reporter, Editor
How did the city of Lansing respond to a planned KKK Rally at the state Capitol? They formed a group called the Unity Coalition and planned alternative events honoring diversity the day before and after the event. This mini-documentary features interviews with several participants and footage of the alternative ceremony that they developed. 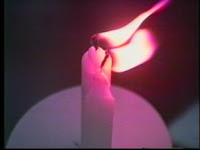 “T-shirts And Identity”
1992 trt: 8:10
M.Petra Daher Producer / Director/ Camera /Editor
A comical look at the status of the T-Shirt in American society. Once a measly under garment, now a political statement, souvenir and uniform. People share their favorite t-shirts and reveal much more than that.

“Yoga:Working Within Yourself”
1989 trt: 27:06
M. Petra Daher Producer/Director/Editor
This documentary is narrated by four yoga teachers, Dharma Shakti, Amar Gupta, Clint Lockhart, and Alexandria Summit. The practitioners share how the practice of Hatha Yoga influenced and enhanced their lives.


Biography
Petra Daher is an independent video producer, director, videographer, editor, reporter and Media Education Instructor. Her specialization is Observational Documentary. Her work has been seen on cable, public and educational television, at schools and community centers and at Film Festivals. In 2004, her anti-war protest footage from Lansing’s Michigan Says No to War rally appeared in a music video for The System of the Down’s song, “Boom”, directed by Michael Moore. Petra is seeking distribution for her independently produced Eco- friendly travelogue series called, Tree Hugger Travel.


When Petra is not producing her own projects or teaching, she has worked with clients throughout the United States to assist in the creation of quality video and film production.

Petra in Homer, Alaska
Posted by Petra Daher at 11:38 AM