Courage Under Fire: Exposing the Occupation 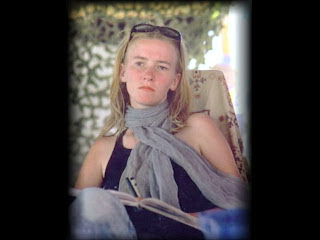 
“Courage Under Fire: Exposing the Occupation,” is a documentary about the International Solidarity Movement, (ISM), a movement calling on international volunteers to support the Palestian Nonviolence Movement. The documentary introduces us to the group’s Jewish co-founder and spokesperson, Adam Shapiro. He shares what inspired a Jewish American from New York City to become the co-founder of the Palestian Nonviolence Movement. We also meet Brian Avery, an American ISM volunteer, who was shot by the Israeli Military while serving as a human rights observer. He shares what he has learned from the experience and what happened the day of his shooting. And perhaps the most touching interviews come from Rachel Corrie’s grieving parents. They reflect on the lessons that their daughter taught them and call for an independent investigation of their daughter’s death. 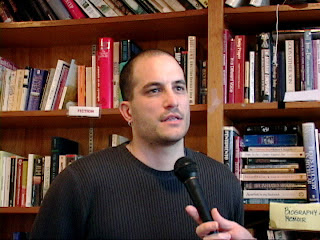 
The Documentary, “Courage Under Fire: Exposing the Occupation,” is dedicated to ISM volunteer, Rachel Corrie, who was killed by a bulldozer while trying to protect a Palestinian Family’s home from being demolished in 2003. Sadly, this idealistic American college student fell victim to the human rights violations and violence that she was trying to help expose. It was her story that brought attention to the Palestian Non-Violence Movement. The slaying of a beautiful young American activist was able to command the world media’s attention in a way that a Palestian activist never could.

In January of 2004, members of the International Solidarity Movement, including the parents of slain activist Rachel Corrie, were at Michigan State University with members of the Michigan Peace Team for an in-service program on their mission and current activities. The groups where also trying to rally support for an independent investigation of the death of Rachel. It was at that event that the interviews for this documentary were compiled. Meeting these people was both inspiring and heartbreaking. It gave me the opportunity to speak first hand with activists on the front line of a horrible and often times misunderstood conflict. The interviews that I compiled reveal courage and insight into the complexities of the Israeli/ Palestinian crisis.

As a documentary maker, I am inspired to share the stories of everyday heroes who quietly work to give a voice to the powerless. I have always had great respect for the dangerous and very important work of human rights activists. The basic concept being that international volunteers travel to troubled spots throughout the world and serve as witnesses to human rights violations. This grassroots movement has proven to be an effective way to call attention to human rights abuses that might otherwise be ignored, as well as modeling nonviolent conflict resolution strategies. These non-violence strategies are based on the teachings of Gandhi and Reverend Martin Luther King. The International Solidarity Movement was successfully helping to promote non-violent approaches to conflict in the region. However, as this documentary highlights, peace team members began to get hurt and even killed, further stressing the need for worldwide criticism of human rights violations in the area.

This video work is an act of media activism. I seek to bring about awareness of topics overlooked or marginalized by mainstream media. I believe in the power of words and storytelling to heal. I hope that the viewer is both informed and inspired by the story and that it promotes dialogue and more questions. I made this film as a contribution to the Michigan Peace Team efforts. The film’s premiere provided the centerpiece for a successful fundraiser for Peace Team, and it is now used as a training tool for Peace Team volunteers heading off to do work in various troubled areas of the world.
Posted by Petra Daher at 12:44 PM